Millard and Linda Fuller founded the Habitat for Humanity movement in 1976 in Americus, Georgia. Built on the idea of partnership housing, Habitat for Humanity volunteers gave a hand up to those in need by working side by side with them to build safe, decent and affordable houses.

The concept that grew into Habitat for Humanity International was born at Koinonia Farm, a small, interracial, Christian community outside of Americus, Georgia. Koinonia Farm was founded in 1942 by farmer and biblical scholar Clarence Jordan.

The Fullers first visited Koinonia in 1965. They had recently left a successful business and an affluent lifestyle in Montgomery, Alabama to begin a new life of Christian service.

At Koinonia, Jordan and Fuller developed the concept of “partnership housing.” The concept centered on those in need of adequate shelter working side by side with volunteers to build simple, decent houses.

inception of Habitat for Humanity

In 1968, Koinonia laid out 42 half-acre house sites with four acres reserved as a community park and recreational area. Capital was donated from around the country to start the work. Homes were built and sold to families in need at no profit and no interest. The basic model of Habitat for Humanity was begun.

​expansion into Habitat for Humanity International

In September 1976, Millard and Linda called together a group of supporters to discuss the future of their dream. Habitat for Humanity International as an organization was born at this meeting. The eight years that followed, vividly described in Millard Fuller’s book, “Love in the Mortar Joints,” proved that the vision of a housing ministry was workable. Faith, hard work and direction set HFHI on its successful course. 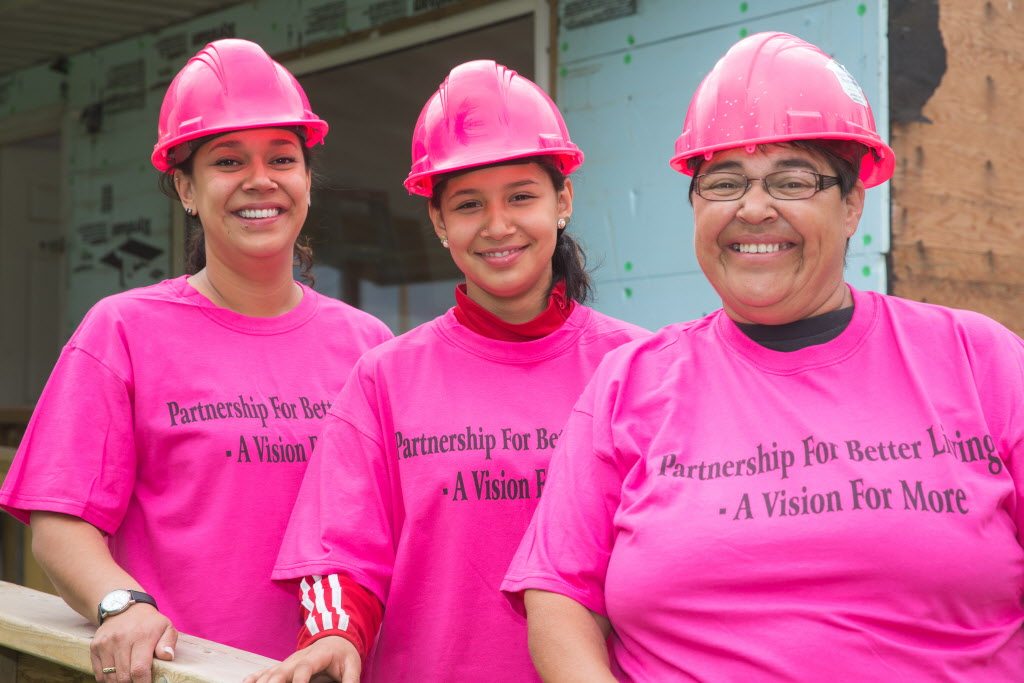 ​the fund for Humanity

The houses would be built at no profit and interest would not be charged on the loans. Building costs would be financed by a revolving fund called “The Fund for Humanity.” The fund’s money would come from the new homeowners’ house payments, no-interest loans provided by supporters and money earned by fund-raising activities. The monies in the Fund for Humanity would be used to build more houses.

​the fund for Humanity’s mission statement:

What the poor need is not charity but capital, not caseworkers but co-workers. And what the rich need is a wise, honorable and just way of divesting themselves of their overabundance. The Fund for Humanity will meet both of these needs. Money for the fund will come from shared gifts by those who feel they have more than they need and from non-interest bearing loans from those who cannot afford to make a gift but who do want to provide working capital for the disinherited . . . The fund will give away no money. It is not a handout.

In 1973, the Fullers decided to apply the Fund for Humanity concept in developing countries. The Fuller family moved to Mbandaka, Zaire (now the Democratic Republic of Congo.) The Fullers’ goal was to offer affordable yet adequate shelter to 2,000 people. After three years of hard work to launch a successful house building program, the Fullers returned to the United States.

In 1984, former U.S. President Jimmy Carter and his wife Rosalynn took their first Habitat work trip, the Jimmy Carter Work Project, to New York City. Their personal involvement in Habitat’s ministry brought the organization national visibility and sparked interest in Habitat’s work across the nation. HFHI experienced a dramatic increase in the number of new affiliates around the country.

In 1985, the movement spread to Canada with the first Canadian build in Winkler, Manitoba. Two years later, Winnipeg became home to the first Canadian affiliate. Habitat for Humanity in Canada has since grown to 56 affiliates in 10 provinces and three territories and has successfully provided over 2,800 families with safe, decent and affordable housing.

Since 1976, Habitat for Humanity International has built, rehabilitated, repaired or improved more than 600,000 houses worldwide – providing shelter for more than 6.8 million people.